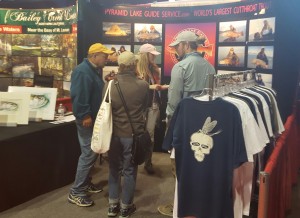 Guide Nick Jackson had the opportunity to mentor three young, ambitious anglers from California last Saturday on Pyramid Lake, NV. Between the three they caught over 15 fish on a 300 grain sink tip line with Doug’s Popcorn Beetle and a black boobie as flies.

Among the cutthroat caught were two Pilot Peak Strain and weighed in at just under 10 pounds. 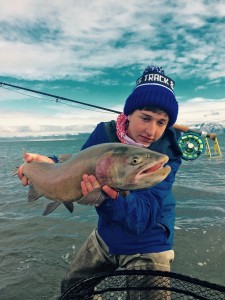 Happy New Year! As January brings in the cold weather also brings the colder water. Luckily the fish are still sticking around. There have been recent reports of 18-20 lb. fish being caught at South Nets and at Dago. Indicator fishing is the preferred method lately- try a balanced leech, snow cone, or Doug’s Popcorn Beetle. 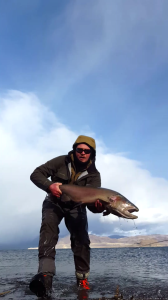