Ryan’s passion for fly fishing began when he was young, exploring Utah waters with his dad and brother. His passion has grown into a way of life, when he’s not guiding you will find him on the water fishing. He’s extremely hard working and will fish you sun up to sun down! When Ryan is not fishing or guiding Pyramid he guides on the Green River, Utah. He has the capability to guide both spin or fly techniques and can adapt to any level of angler. Ryan is available early November to early April. 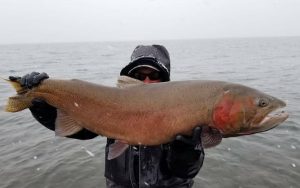 Fly fishing Pyramid Lake has been a passion for Todd over the last 30 years. His love for fishing began as a young boy with conventional gear. As a teenager he would watch fly fishermen standing on milk crates at Pyramid Lake and began to teach himself how to cast a fly rod.

While techniques and changes to the lake continue to happen Todd’s passion for the lake remains constant. As a guide he enjoys taking people to Pyramid and seeing the excitement in their eyes when they catch their first fish. He is driven, focused, hard working, and friendly. In addition to shore guiding, Todd has the capability to guide from up to 3 float tubes, and is available all season long. 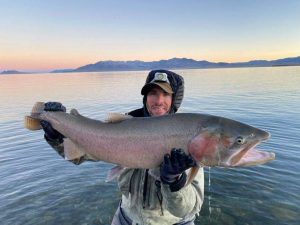