More mild weather and good fishing! January is one of the most underrated months to fish Pyramid. The water temps can make the fishing inconsistent, but this year has been good so far, we even landed another 20 lber! Get out there ~ 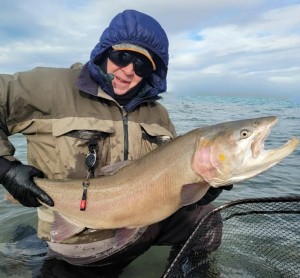 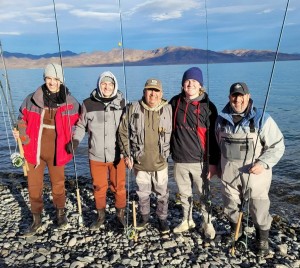 We’ve had some nice weather almost in the 60s out at Pyramid lately, which means the fishing has been a little slow but maintains quality over quantity! Any cast can result in a big fish, but you have to put in the time…. 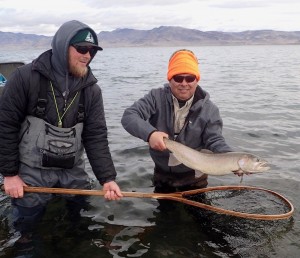 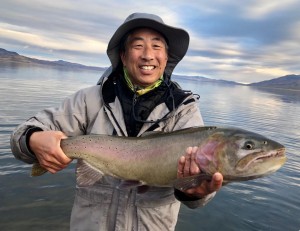 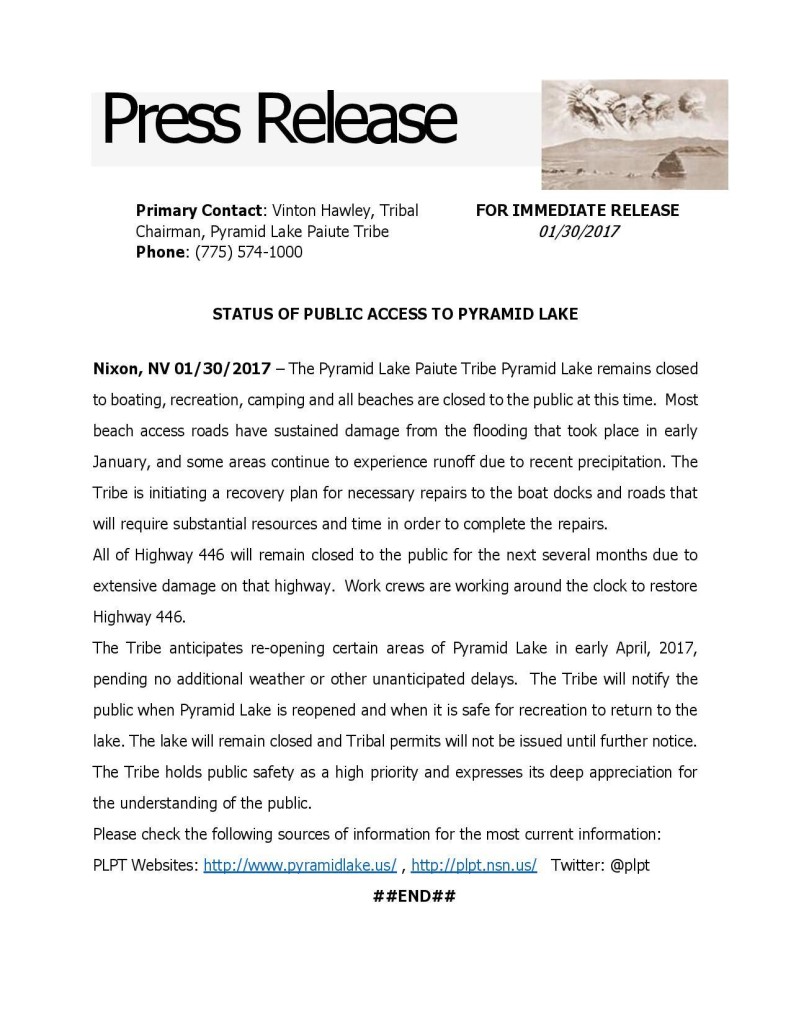 As we prepare for the upcoming season opener on Oct. 1, 2016 on Pyramid Lake, NV please make sure you are following regulations. Read below to keep up on the rules from http://www.pyramidlake.us/pyramid-lake-fishing.html

Welcome to Pyramid Lake, a world class fishery, the site of the world record Lohanton Cutthroat Trout (41 pounds) and the only place in the world where the ancient Cui-ui fish can be found. If you have never fished here before, you are in for a visual treat and some exceptional fishing fun.

Here is some basic information regarding fishing at Pyramid Lake:
1. You do not need a State of Nevada Fishing License, just a Tribal Fishing and/or Boating Permit.
Boats are required to have current registration from their respective state.
2. Barb less hooks only. We are concerned only with what hooks you have in the water, not your tackle box. You   can have 2 singles, 2 doubles or 2 treble hooks per lure
3. No Bait. No worms, eggs, scent, Power bait or like products, or any organic matter on your hooks
4. Slot sizes. Keepers are 17 to 20 inches or over 24 inches. All other sizes must be returned to the water.
You may keep 2 of the smaller sizes or 1 small and 1 large.
5. One stringer per fisherman, no sharing of stringers.
6. Do not fillet the fish on the Reservation. Rangers need to verify proper size
7. You can fish 1 hour before sunrise and 1 hour after sunset
8. Highly recommend boaters have a marine band radio on board. The Ranger Station monitors Channel 16.
Coast Guard considers marine band radios as essential part of your boat safety equipment
9. No fishing off the docks. Fishermen fishing off the docks present a safety hazard to boats launching
and docking, and to the fisherman.
10. Closed areas to fishing and boating:
A. 1,000 foot radius around mouth of Marble Bluff Fish Way
B. 1,000 foot radius around Sutcliffe Fishery spawning channel
C. 1,000 foot from shoreline of Needles from Wizard Cove to Fox Bay
D. The Truckee River and Delta
E. Boats need to stay 250 feet from shoreline fishermen
11. Lahanton Trout Season runs from October 1 thru June 30. Sacramento Perch is open all year round
and presently you can catch and keep 10 perch per day. Same regulations apply tackle and no
bait for the perch

The Pyramid Lake Paiute Tribes wants you to have an enjoyable, safe fishing and boating experience. Our Rangers and support staff are happy to answer or clarify any questions you may have about our Regulations. For additional fishing information or questions concerning the regulations please contact the Rangers at 775-476-1155 or plrangers@plpt.nsn.us.”

Have fun out there and stay safe hunting for that 20 pounda!

Clean up crews and volunteers have been working to clean up debris left in the aftermath of the Tule Fire surrounding the small community of Sutcliffe, NV at Pyramid Lake. The Tribe worked with first responders to evacuate the town and get the wild fire contained. A few small structures were destroyed, and an elderly couple had to be rescued, but overall no one was harmed and the blaze is now 100% contained.

The community is now gearing up for Burning Man coming in late August, as well as the opening day of fishing season Oct. 1. En route to Burning Man thousands of visitors pass through Pyramid Lake’s small town of Nixon, Nevada. Convenience store workers stay busy around the clock 24 hours a day to ring up the eccentric guests coming from around the world headed to the desert festival.

We’re certain the non-stop week long party is a great time, but we will have to take your word for it! We are saving our energy for the upcoming Lahontan Cutthroat Trout season opener- starting Oct. 1, 2016. Get your lines ready- we can’t wait for the hunt for the World’s Largest Cutthroat Trout to begin once again. See you soon! 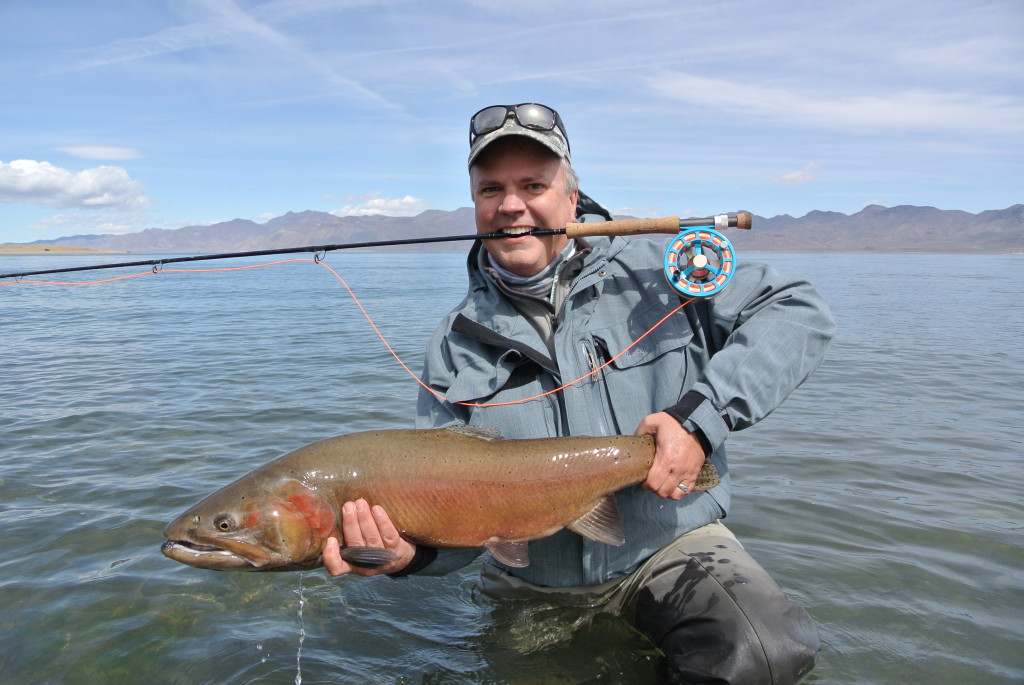 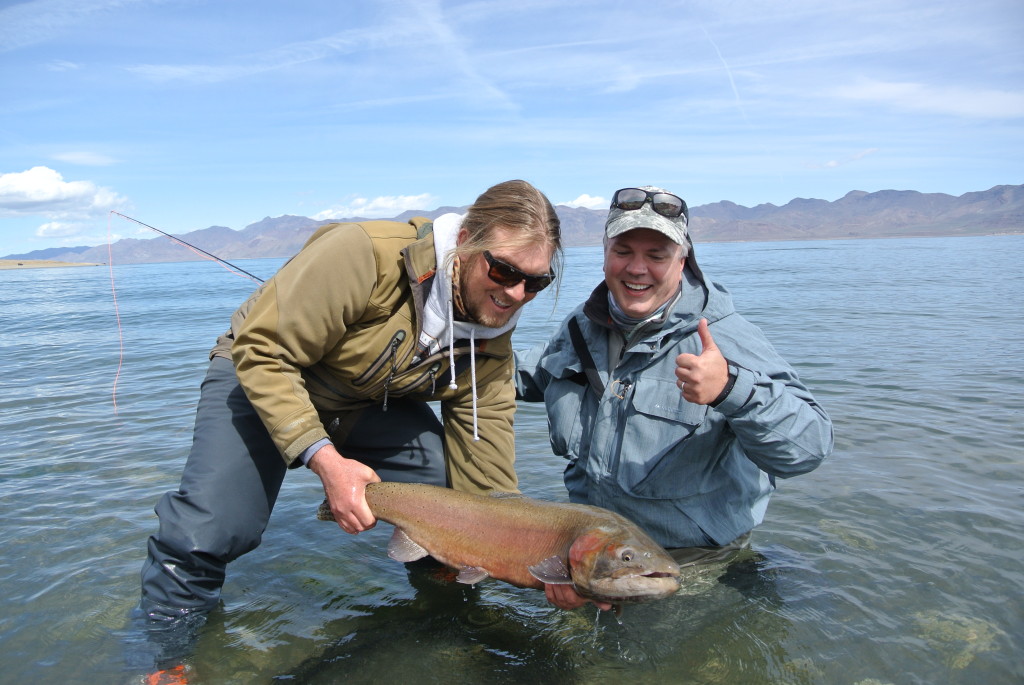 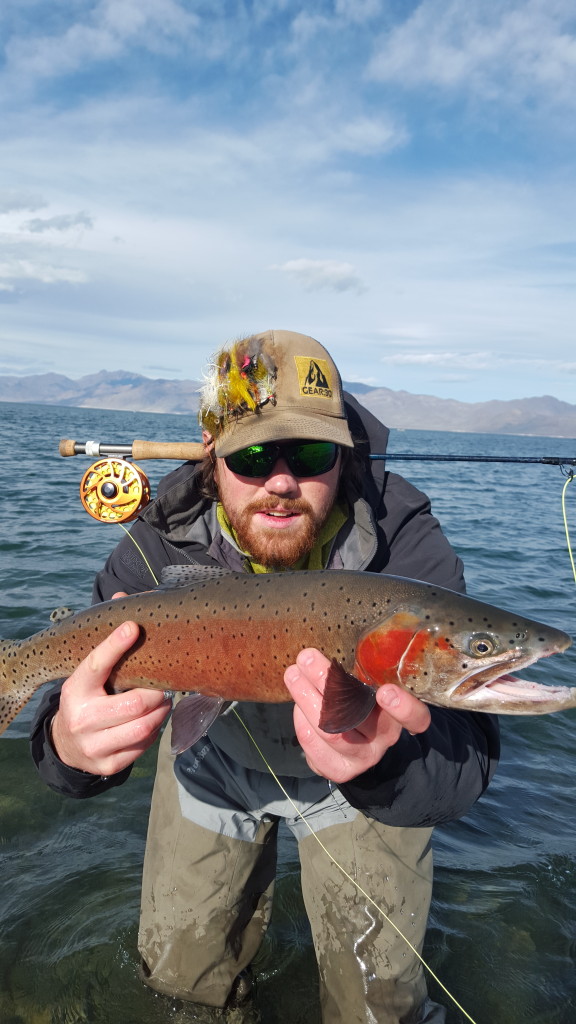 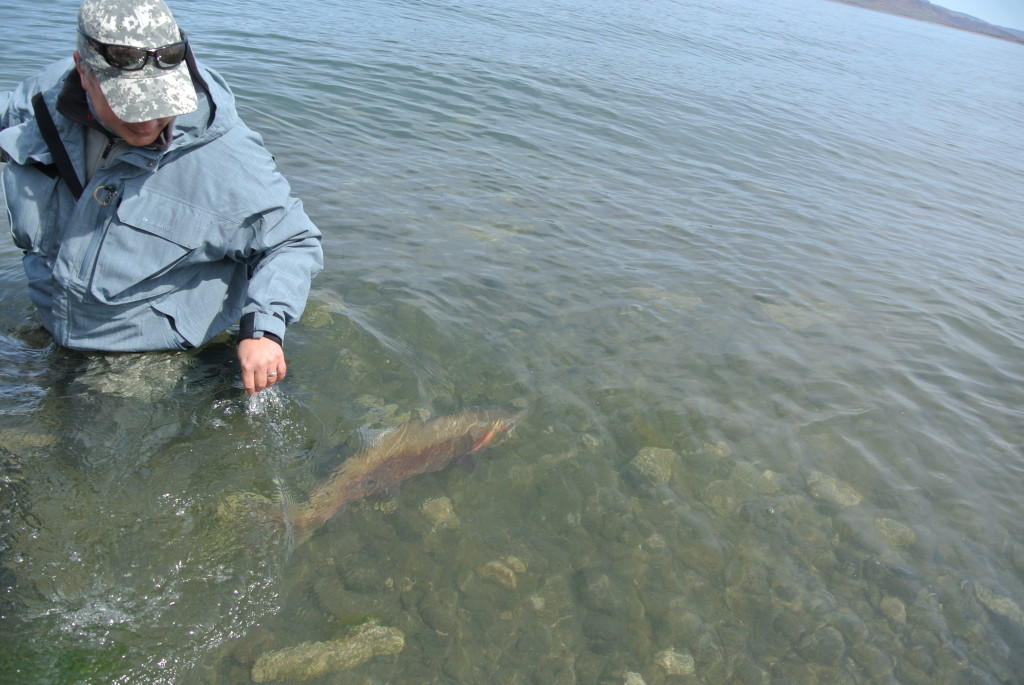 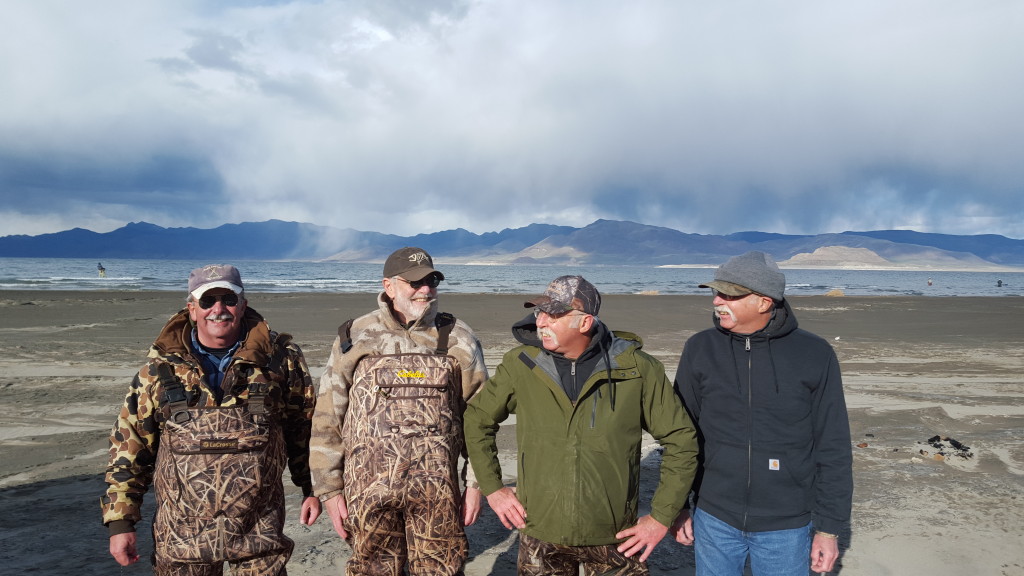 Bo Johnson of Salt Lake City, UT landed this nice 15 lb. fish just off of North Nets, Pyramid Lake, NV. It bit on Doug Ouellette’s Original Popcorn Beetle, with a Cheeky Reel. They waded out a few feet off of shore around 2 pm and by sundown had this fish on the line. The bite seems to really spark up right around dusk. Try this popcorn beetle, or a balanced leech. 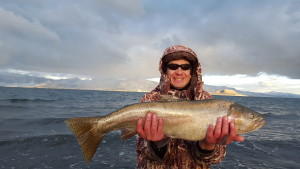